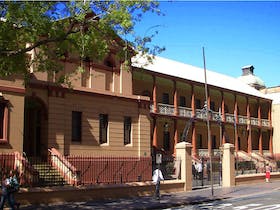 Parliament House is open weekdays to allow people to see the workings of government in the beautiful heritage chambers.

When the Parliament sits, public access to the Chambers is restricted to the Visitors’ Galleries. It is advisable to book in advance for Question Time in the Legislative Assembly. To determine which days have been proclaimed Sitting Days, see the Sitting Days Calendar on the Parliament website.

On non-sitting days when the Chambers are not in use, you may also visit inside both Chambers.

Parliament House is of exceptional historical and social value. It has played a key role in the history of Australia from an early symbol of colonial government and civil improvement to its long tenure as NSW Parliament House.